If you ever walked past this hidden gem in New York’s Chinatown, you might think Wing on Wo & Co., found at 26 Mott Street, is just another gift shop in the neighborhood, but you’d be seriously mistaken. Wing on Wo is the oldest family-run business in Chinatown, with roots dating back to the mid-1890s. The store is now run by Mei Lum, the fifth-generation owner of Wing on Wo and founder of the W.O.W. Project — a community-led initiative that reinvents, preserves, and encourages Chinatown’s culture and history through arts, culture, and activism.

What started as a general store over a century ago has slowly evolved with the times (at one point they used to have a Chinese herbalist counter). Today they specialize in porcelain antiques, jade ornaments, contemporary art pieces, and a host of decorative trinkets you likely won’t find anywhere else.

That’s why we partnered with Wing on Wo & Co. to produce a collection of merchandise that speaks to the store’s rich history while shining a light on Asian-American heritage — all while 100% of the proceeds go back to them. Our lead designer, Harry Trinh, worked with Wing on Wo & Co. to capture the feeling of being inside the store and translated that into a collection that encourages Asian-Americans to reclaim and own their cultural art style. 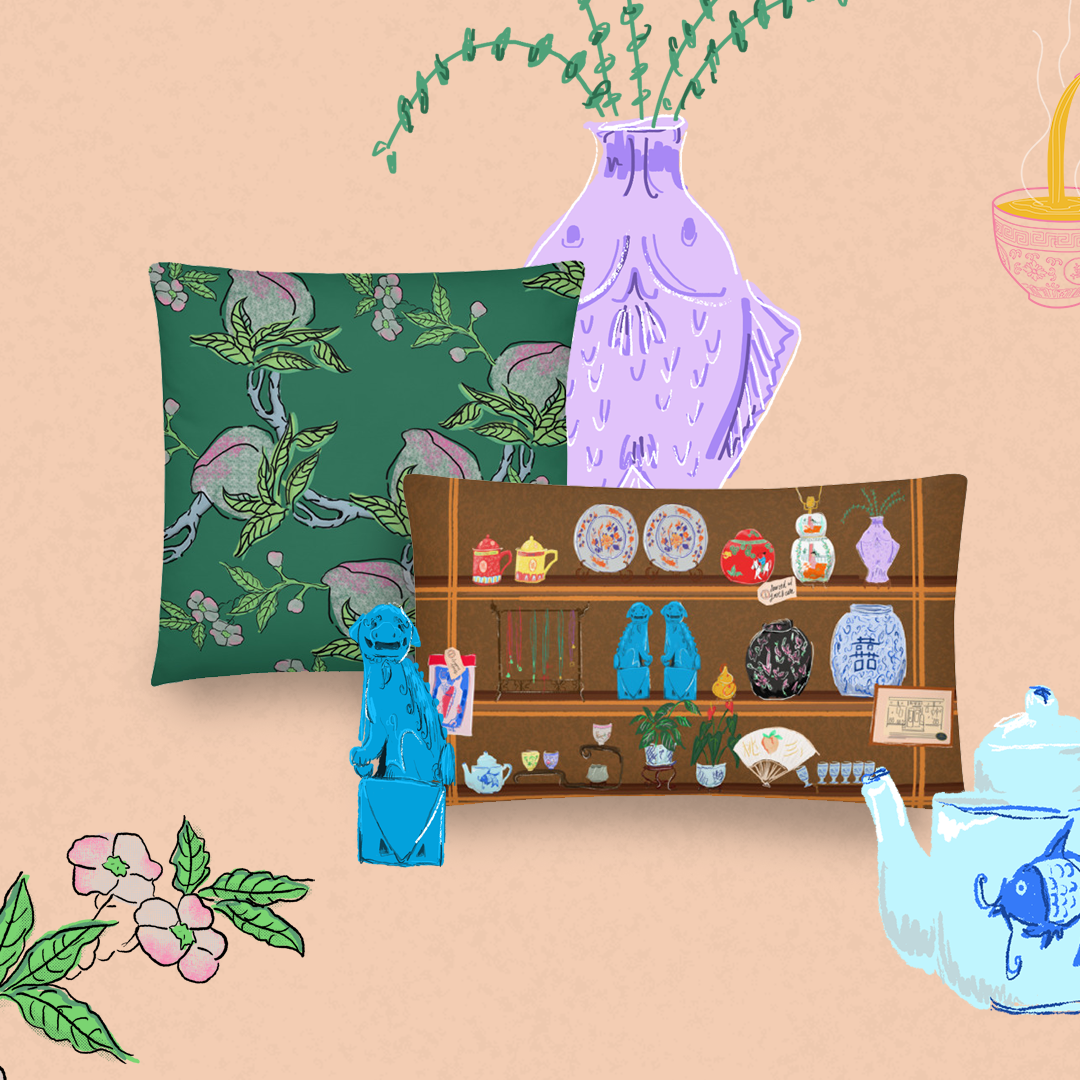 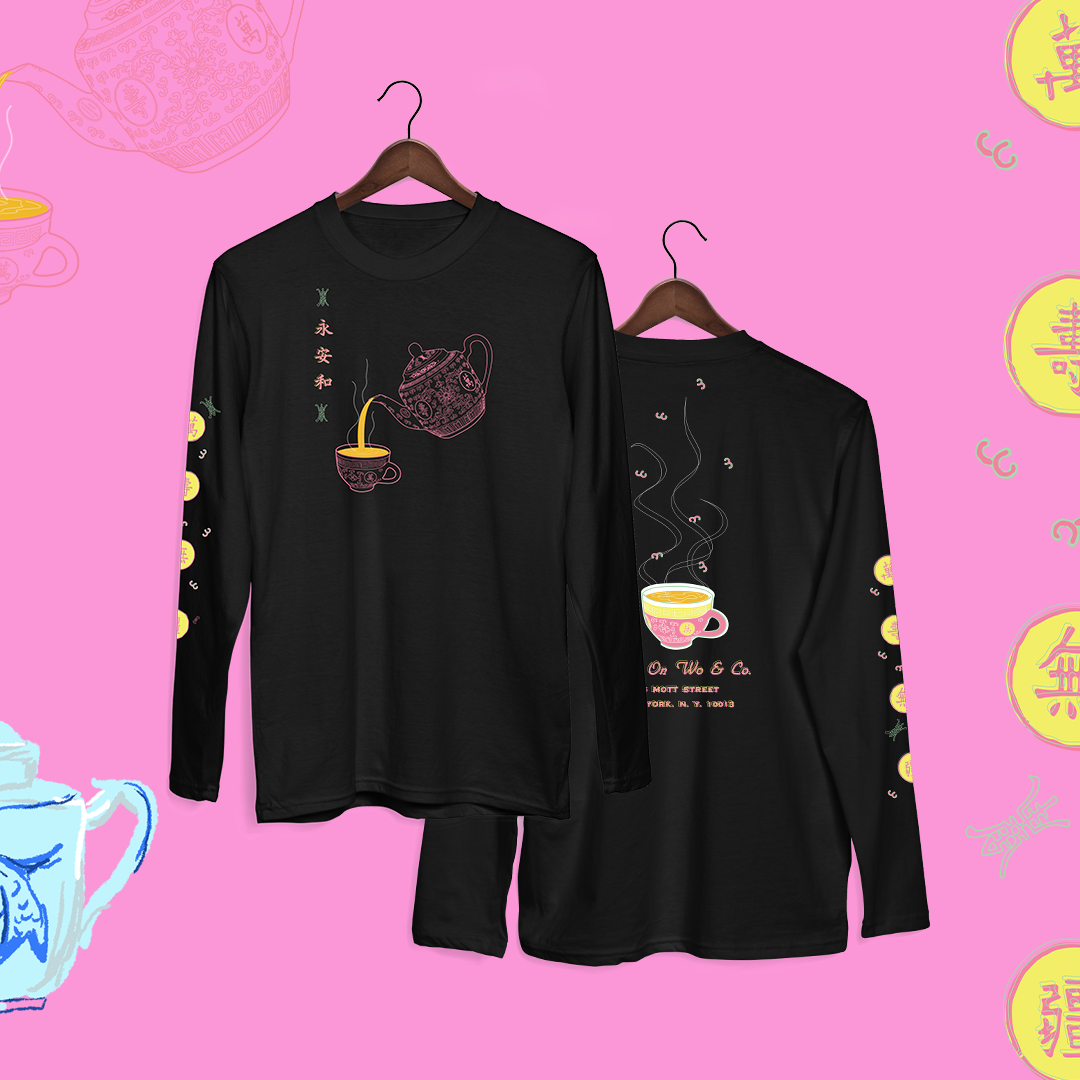 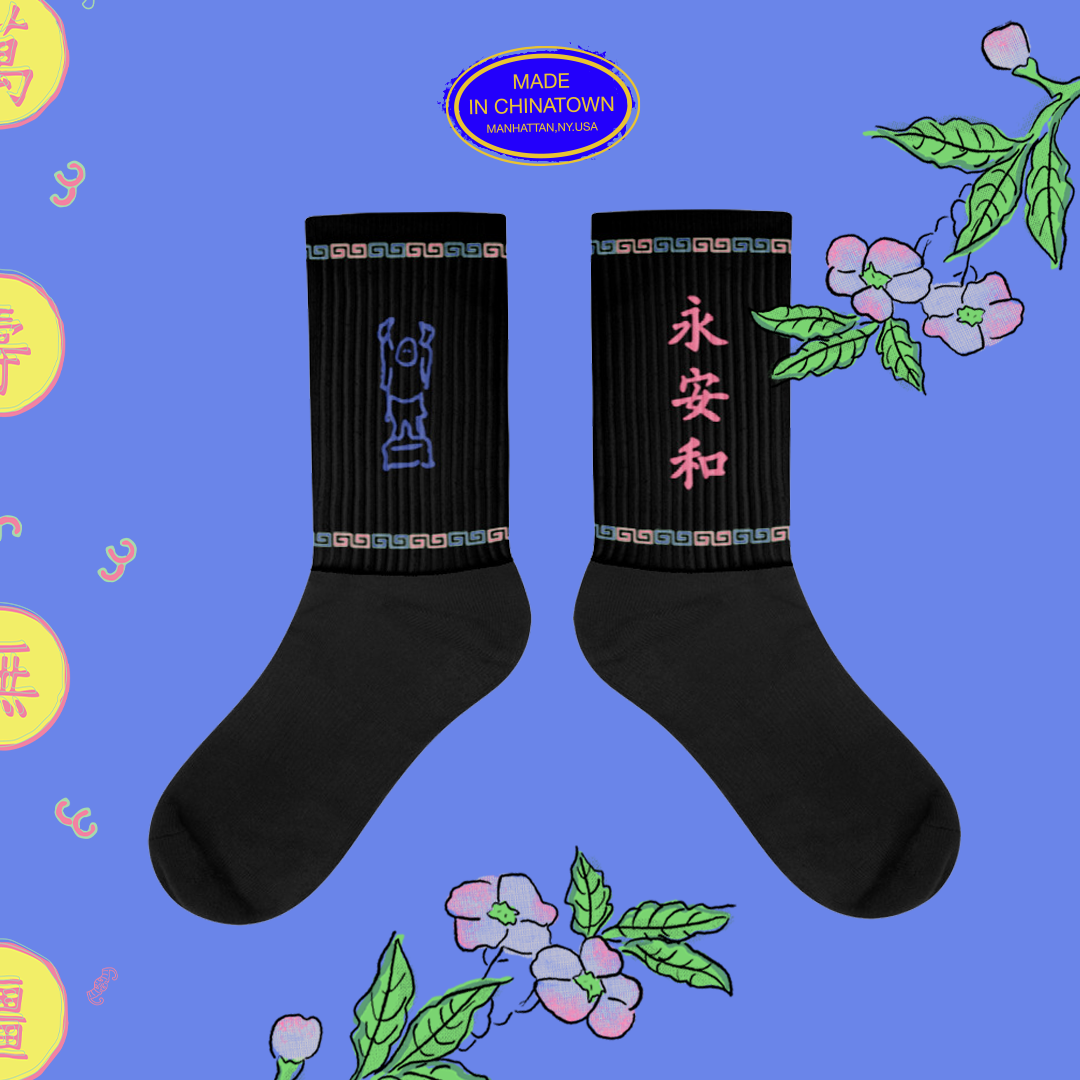 We focused on home decor and apparel to mimic what it’s like stepping inside Wing on Wo for the first time, featuring two pillow designs each representing the unique artifacts one might find inside. The apparel features a long-sleeve T-Shirt as a homage to the classic Chinese tea set, adorned with “萬壽無疆” (longevity) running down the left sleeve. Finally, the socks feature their version of Buddha and “永安和” (Wing on Wo) printed down the sides.

As with all of our Made in Chinatown collaborations, 100% of the profits from each purchase go directly back to the business. Thank you for helping us help Chinatown!

Behind the Scenes: Made in Chinatown x Gordon and Li Li Onesie and Hoodie
April 3, 2021

Feast on The Little One’s Delights with their Made in Chinatown Collection
December 8, 2020

A Behind the Scenes Look at Our Soft Swerve Merchandise Collaboration
August 3, 2020